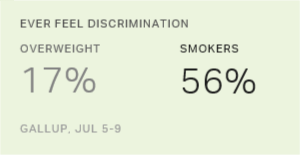 How it Feels to Be Discriminated Against by the Church

What does discrimination feel like to you as a lesbian, gay, bisexual or transsexual (LGBT) person? How does it feel when a group of people reject you because of who you are? Does it feel as though your whole identity has been stripped from you, as if your very individuality is being attacked?

When we think about discrimination, different aspects come to mind. The first is the actual physical aspect – the humiliation you feel as you are physically forced to walk down a street with someone who does not want to see you. The second is the mental aspect – the fear that someone will say something hurtful to you, or worse, abuse you because of your sexual orientation. The third is the emotional aspect – the anger that you feel when you are rejected by someone for whom you are most attracted.

Each of these scenarios can be painful in different ways to different people, but what really matters is that they are hurtful to some extent – and each scenario is a cry for justice, fairness, equality and dignity. If a group of people dismiss you on the basis of your sexual orientation, you should speak out and demand an explanation.

You have a legal right as an American citizen to be treated fairly in the workplace. Your employers should be required to provide you equal treatment no matter what your sexual orientation is, and they should not be allowed to fire or refuse to hire you because of your sexual orientation. A company cannot simply deny you employment based on who you are, and you are also allowed to ask for a reasonable explanation of why you were denied a promotion.

Being discriminated against because of your sexual orientation is a form of bullying. When a group of people repeatedly abuse you for who you are, they are sending the message that their view of you is more important than yours. You deserve the same opportunities and rights as everyone else – and you have the right to fight back.

There are many resources available for those who are suffering from discrimination, whether it be the verbal, physical or psychological type. It is a sad reality that so many people suffer at the hands of other people’s intolerance – but it is up to all of us to stand up and speak out for ourselves and those we love, to fight back against intolerance wherever we can.

How it Feels to Be Discriminated Against by the Church