Fair housing law protects people from discrimination based on race, color, national origin, religion, sex and sexual orientation. Many states and counties across the country have enacted statutes against racial discrimination in housing, though they vary in many ways from state to state. Fair housing laws are enforced to help protect those who are not protected in other areas of employment. 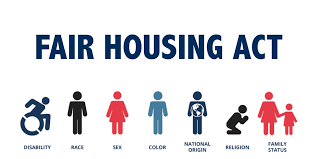 Fair housing laws were implemented to help stop the segregation of certain communities and neighborhoods by requiring all residents to be accorded equal access to public facilities. Housing discrimination at the time began during the Civil War, most commonly as a result of the “Jim Crow Laws” which enforced racial segregation at many public facilities. The U.S. Supreme Court upheld these laws as a form of government action to protect the rights of those in segregated neighborhoods. However, some cities still have a wide gap in income and employment levels between black and white residents.

The Fair Housing Act covers different groups including religious, ethnic and national origin groups, but it does not cover sexual orientation. Federal law provides specific protection for those who are discriminated against for one of these reasons. Because of this, there is no federal law that specifically protects sexual orientation discrimination.

Federal agencies, such as the Equal Employment Opportunity Commission (EEOC), enforce laws against discrimination in housing. In most cases, these lawsuits will require proof of actual discrimination based on race, sex, disability, age or religion. The U.S. Department of Housing and Urban Development also enforces federal fair housing laws. These can be used by individuals, companies or non-profit groups to sue anyone who has discriminated against them.

Federal housing agencies have also taken steps to protect senior citizens. As more people reach retirement age, there has been an increase in the number of elderly housing units and facilities. While there are laws that prevent discrimination in housing for seniors, there are no federal laws that protect them against discrimination on the basis of their sexual orientation.

It may not be obvious that there are fair housing laws that protect sexual orientation. While a lot of attention has been given to race discrimination over the years, there has been little consideration paid to sexuality discrimination. A case brought by the American Civil Liberties Union (ACLU) to change this is currently going before the U.S. Supreme Court. If the court upholds the ruling, gay and lesbian couples will have equal rights under the law.