The United States has a history of treating everyone fairly under the law, yet in today’s polarized political climate, we have seen attempts to use the Fair Debt Collection Practices Act (FDCPA) to discriminate against people simply because they are poor people of color, such as members of the African-American, Hispanic, Asian or Native American communities. In addition, our nation’s free-speech law has been used to intimidate people who merely have different political opinions. In fact, many Americans fear that their civil rights could be further threatened if they dare to express a different opinion than the majority. Sadly, that could be true. Unfortunately, no one seems to know how to stop this trend and those who are affected by it have little hope for change. 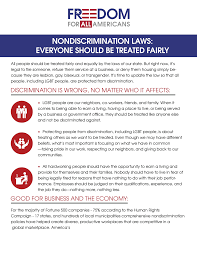 But why is treating everyone fairly so difficult? Why doesn’t the government just give everyone a fair chance and work to equalize opportunity? It seems that the answer is very complicated and probably needs to be explored in great detail. Luckily, government agencies are much more responsive when it comes to requests for change in their unfair practices. They are eager to learn about what is working and what isn’t.

There is a great deal of confusion about the Fair Debt Collection Practices Act concerning third-party collections, such as credit card companies. One section of the FDCPA covers written communications, which automatically includes all written communications that relate to debt collection. The problem is that the language is extremely ambiguous and a lot of people believe that it covers all contact between a creditor and a debtor, regardless of whether that contact occurs via phone, fax, email or in person.

Unfortunately, some debt collectors are trying to use the Fair Debt Collection Practices Act in ways that are contrary to this very important provision of the law. For instance, some collection agencies have been found to engage in deceptive and abusive behavior when pursuing people for debts they don’t really owe. They routinely call people on their phones and threaten them with lawsuits if they do not pay up.

In addition to abusive practices, some creditors have been found to improperly label debt as coming from someone else, resulting in people being treated unfairly even though they never owe anyone money. Collection agencies can also call people on their cell phones to pressure them into paying. A number of people have found that they were unnecessarily harassed by collection agents and eventually found themselves the victims of costly legal suits. These and other situations highlight the need for more fair treatment of all people, especially those who are already struggling to keep their heads above water.

Treating Everyone Fairly Under the Law