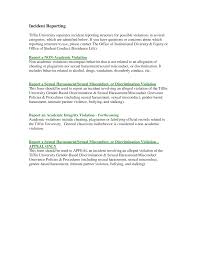 A female oil worker who worked on the North Dakota oil patch recently filed a complaint with her human resources department, accusing her former employer, claiming that she was terminated in retaliation for reporting sexual harassment by her supervisor. The former company denies her accusations. It is not unusual for a sexual harassment complaint to be filed by an oil field worker who feels she is being discriminated against due to her gender, ethnicity, or sexual orientation.

Female oil field workers are subjected to much more intense sexual harassment than their male counterparts. Female employees frequently come into direct contact with and engage in relationships with the man they are assigned to work with on a regular basis. This man often engages in sexual harassment with the female employee and even asks her if she would like to go out or have a drink, or if she would like to go home with him.

A woman’s report of sexual harassment at work, however, does not always lead to the termination of the offending employee. The complaint may be mishandled by the human resources department and the situation might get blown out of proportion, especially if the complaints of harassment are based on hearsay or vague notions. Women who report sexual harassment on their own may face serious consequences such as being fired from the company.

Therefore, even if a woman is harassed or subjected to unwelcome behavior at work, it is still important for her to report sexual harassment if she feels she has been discriminated against because of her gender, race, or sexual orientation. Even if there has been no physical contact with the harasser, it can be very important for a woman to report the behavior so that a complaint can be filed with her HR department. This way, the company can take action against the harasser.